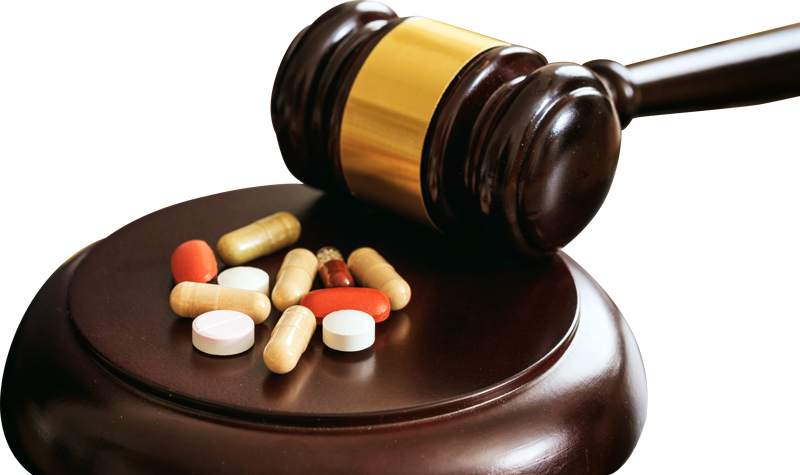 Drug charges are often the result of illegal searches and inconsistencies or misunderstandings between your intent and the law.

Without proper representation, you run the risk of serious convictions, hefty fines, and a criminal record that can compromise your future.

The Partovi Law criminal defense team has been helping Spokane, WA, residents who are facing drug charges for nearly 20 years...

The last several decades have seen an increase in the severity of penalties for drug crimes. Additionally, what you and many people might term "personal use" could be called trafficking under current statutes. The penalties for these offenses are not to be taken lightly.

Being charged with a drug crime can be overwhelming. If you have been charged with a drug crime, you may not know where to turn to begin defending yourself and protecting your privacy. Illegal searches are the basis for a large number of drug arrests. Don't let the police violate your constitutional rights. A good place to start is with Spokane drug charges lawyer David Partovi.

At Partovi Law, P.S., we utilize our decade of criminal defense experience to create aggressive representation that is designed to get your charges dropped or secure an acquittal. We represent clients throughout eastern Washington and northern Idaho.

We help clients arrested for charges involving any type of drugs, including:

Given the severity of the consequences if you are convicted, it is crucial to choose a knowledgeable, compassionate, and highly skilled defense attorney. When you're in trouble, you can rely on Partovi Law.

While the recreational use of marijuana is legal in Spokane and throughout Washington State, it is still a carefully controlled substance — the new laws include strict limits. Private cultivation of the plants remains illegal, and public consumption is subject to a $100 fine. Possession of more than 1 ounce of marijuana is a misdemeanor punishable by up to 90 days in jail; for amounts greater than 40 grams, the penalty for possession is identical to those described above. Other laws apply for the use, cultivation and possession of medical marijuana.

When Cutting Deals With The Prosecution Is No Longer An Option

Our goal is always to achieve the best possible result for our client, no matter the situation. We will work to uncover the full story of your situation. If we discover that evidence was gathered in a way that did not respect your constitutional rights, we will work to have that evidence suppressed. We will present all available evidence to ensure that the court sees you and your case in the best possible light.

Attorney David Partovi and his team are always available when you need them. They are prepared to help you in matters of:

Contact us now by calling (509) 638-3247 or completing our online contact form. We can arrange to discuss your case with you as soon as possible.

*Disclaimer: the information provided by this website is for informational purposes only and should not be considered legal advice or a substitute for competent legal counsel.